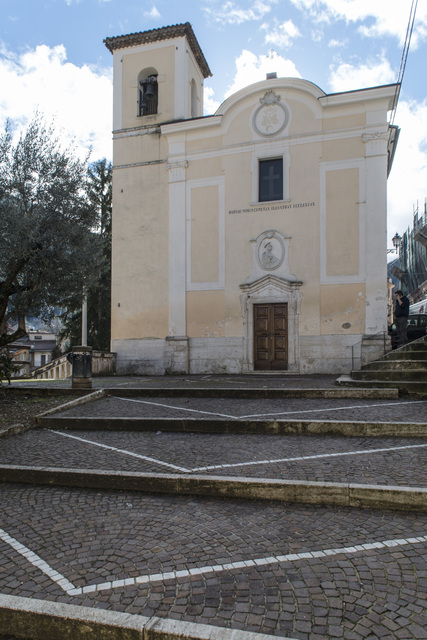 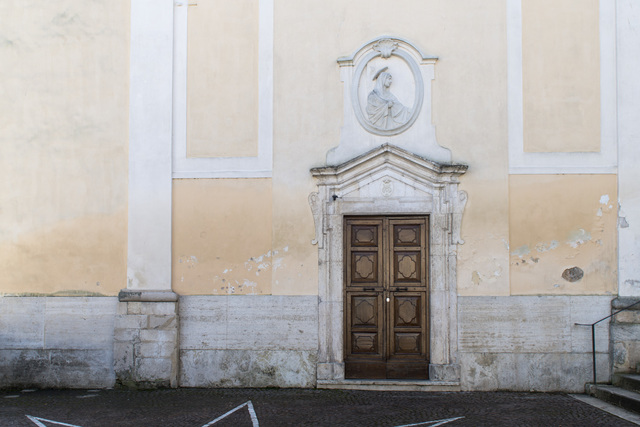 Hours: Open every second Sunday of the month for Mass (also on the occasion of the feast of St. Agatha, St. Gabriel and of the Saints Nome di Maria and Madonna Addolorata)

Opposite the main parish church, and formerly called the Holy Name of Mary, this church was built in the second half of the 18nth century after the first church of medieval origins had been destroyed by the earthquake of 1706.
The facade has very simple lines like the entire building style which is very sober.  Under the rectangular window is the phrase: "Nomen Mariae Cunctas Illustrat Ecclesias", ie "The name of Mary gives luster to all Churches".
It is also the headquarters of the lay Brotherhood of the same name and the statues of the Dead Christ and the Madonna Addolorata, which are used in the procession on Good Friday, are kept here.

The 18th century facade is characterised by an architectural and decorative language which shows the transition between the Baroque and Neoclassical styles. The facade has a giant order of Ionic pilasters topped by a slender entablature that takes the eye up to the mixtilinear crown at the top with a convex middle section. The central section of the facade is acentuated from the bottom up, by the succession of the doorway, lintel and tympanum above which is a decorative oval with the representation in relief of the Virgin. Then there is a rectangular window topped by a round frame that has the monogram of the Virgin in the middle. On the left-hand side of the church, set slightly back, is the bell tower with a square section which was built in 1781.

The interior has a single aisle and clearly shows the signs of recent renovation, especially in the decoration of the walls. Behind the stone and marble altar, which dates back to 1759, is the altarpiece of the Coronation of the Virgin (17th century), under which is a transparent casket with the statue of the dead Christ. At the sides are niches featuring the ‘Madonna Addolorata’ on the left and Sant'Agata on the right.