WHAT TO SEE - Fountains 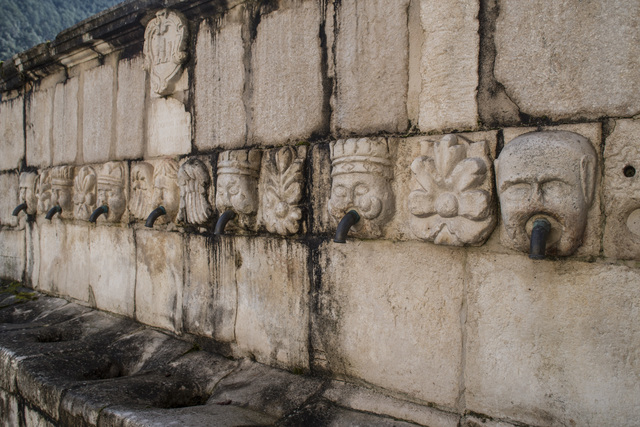 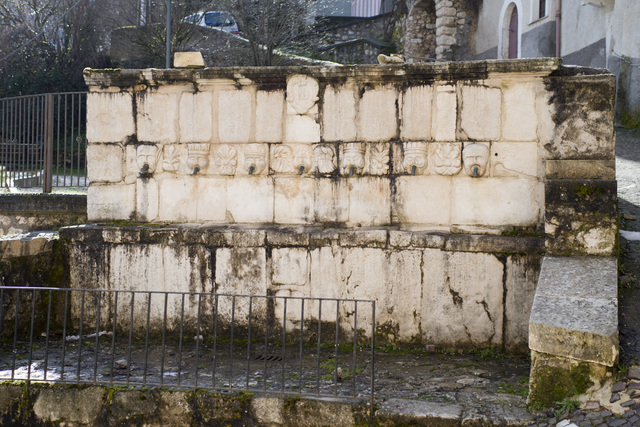 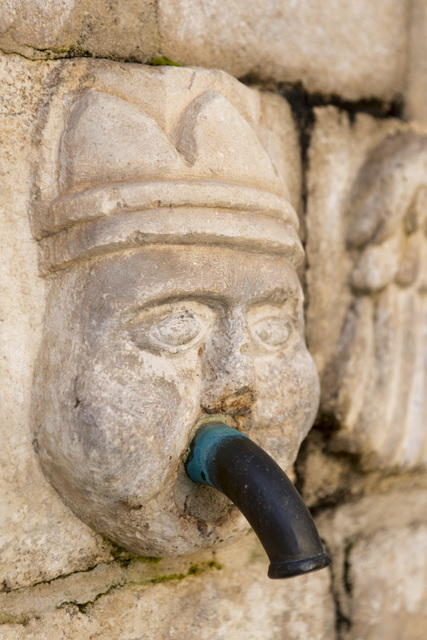 The fountain, located in the centre of the village and is made entirely of stone.  It consists of a rectangular water trough and by a wall in the middle of which is a relief - made by local stonemasons - with seven masks, interspersed with palms, from whose mouths protrude the water spouts. The central spout is the face of an angel with outstretched wings.
On the floor of the tub are seven indentations for supporting the typical copper containers used by women to collect and transport the water. At the centre of the top, under the slightly protruding cornice, stands the stone coat of arms of the village - a shield with a field decorated in relief with three towers and edged with curls - plus the aforementioned inscription with the date and names of those who commissioned the fountain.

The Fontana Vecchia (old fountain), also called "Fontavecchia", was built in 1706 for the benefit of the people with public funds during the administration of the Mayors Domenico Valente and Nicola Colasante - the inscription affixed to the wall below the coat of arms states: "UNIVERSITAS TERRAE INTERAQUARUM - CONSTRUC [...]/BUS UNIVERSITA'/ANO DOMINI1706/DOM: VALENTE ET/NICOLAO COLASANTE/MAXARIIS" Although today it appears surrounded by more recent buildings, just three centuries ago its backdrop was the mountains and meadows and it was placed between two mills, one upstream from the town which was publicly owned and another further downstream owned by the Marquesses of Trasmondi. Today the old fountain flows from a single spout with very little water. At one time, however, it flowed profusely from the mouths of the seven masks that still adorn it, pouring into the pool below and used as a wash trough.